Blippy things that go blip… and then save your life. (warning this post contains bruises)

I haven’t been on here for a little while.

I think I’ve started a couple of posts like that over the past few years. I feel like that person who announces that they’re back on twitter, right before they stop using it for the fourth time.

My absence this time is because I had this little box and wires put in my chest last Thursday afternoon. It’s a pacemaker. 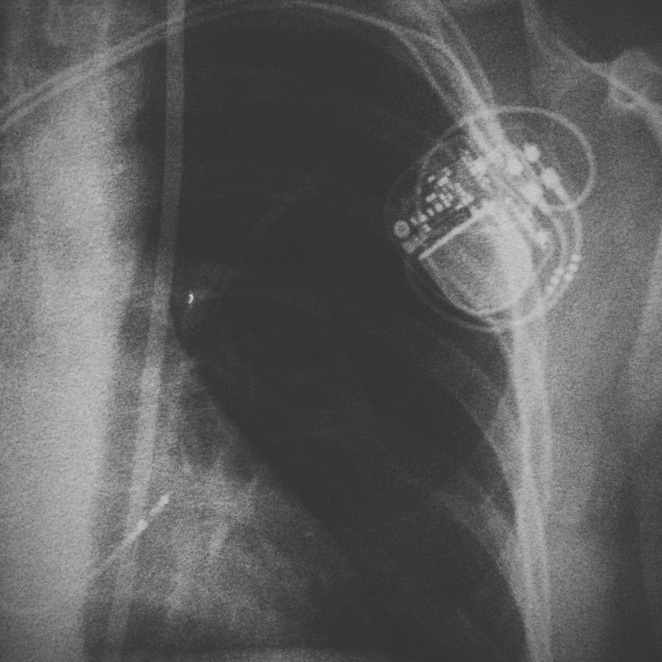 Way back in July, we were away on a family holiday and I blacked out. No warning. Just blacked out. Thankfully I was sitting on our bed, so I didn’t hurt myself. Nothing else happened until the end of September when I blacked out again. I was at college. It was sunny, I had just had lunch. I was also sitting on a retaining wall. When I blacked out I fell backwards off the wall, hit my head, broke three toes and wound up in RPA for three days. They ran tests, and then they ran some more tests. I had an operation. No results came.

The decision was made that I would have a small device implanted into my chest that would constantly monitor my heart. I needed to blackout again. Awesome. Three weeks passed, and in the middle of a doctrine lecture, at exactly 11:31 am, something happened. My heart stopped. Completely. For 5 seconds. We didn’t find this out till a few weeks later, but the problem was worse then we originally thought.

My cardiologist looked at Kirsty and I and said, “Right, we need to get a pacemaker into you as soon as possible”. Plans were then made. Which resulted in last Thursday.

I’m so thankful for Drs, surgeons and engineers who care for people and make things like this that keep people alive. For friends who have made us so many meals and prayed. Also so very thankful for K, who is always by my side. But most thankful for our God who has sustained us and kept me safe over the last few months along with sending His son into this world to save it.

I’m sore and we’re tired, but I have been promised that I won’t blackout ever again. For this I am also very thankful.

p.s I’m not thankful for trainee pathologists who don’t know how to take my blood without creating these masterpieces. What’s the deal guys? Also, the Iron Man jokes are getting a bit old. 🙂