Today we learnt some of the important things you should do when you are translating Greek to English. Firstly its generally a good principal to get the word you are translating right in the first place. Translating the greek word Jesus into the english word desert would be an example of breaking the first rule.

Along with many other things you should do, getting the words translated in the correct order is one that stuck in my head. English has many rules that govern what words can go together to form a sentence. For example, the words (ran the ball after dog the) don’t really mean much when placed randomly together. English has rules that mean that those six words can be constructed into the sentence “The dog ran after the ball” or of you are Yoda “After the ball the dog ran” is possible.

Translating into Greek is challenging because the rules that govern Greek are not the same as the ones which govern English, meaning that sentences can seem pretty random.

Anyway, all that was just so I could introduce you to a few mis-translations that we were given today. Enjoy! 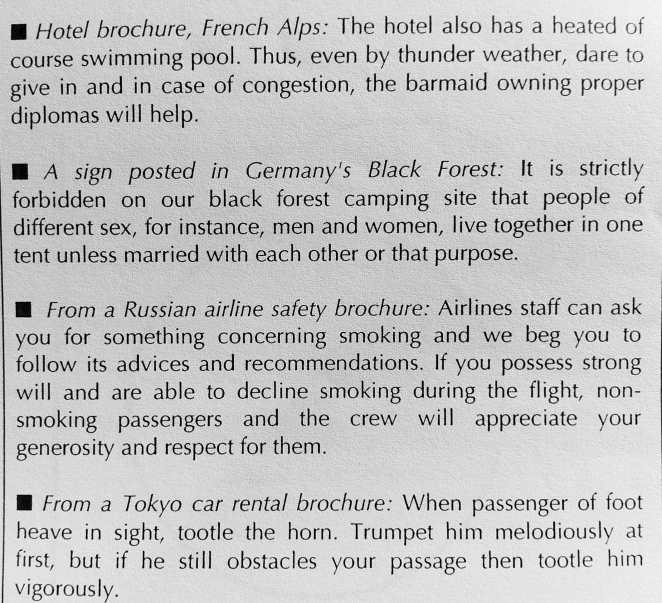 3 thoughts on “Getting translation right”